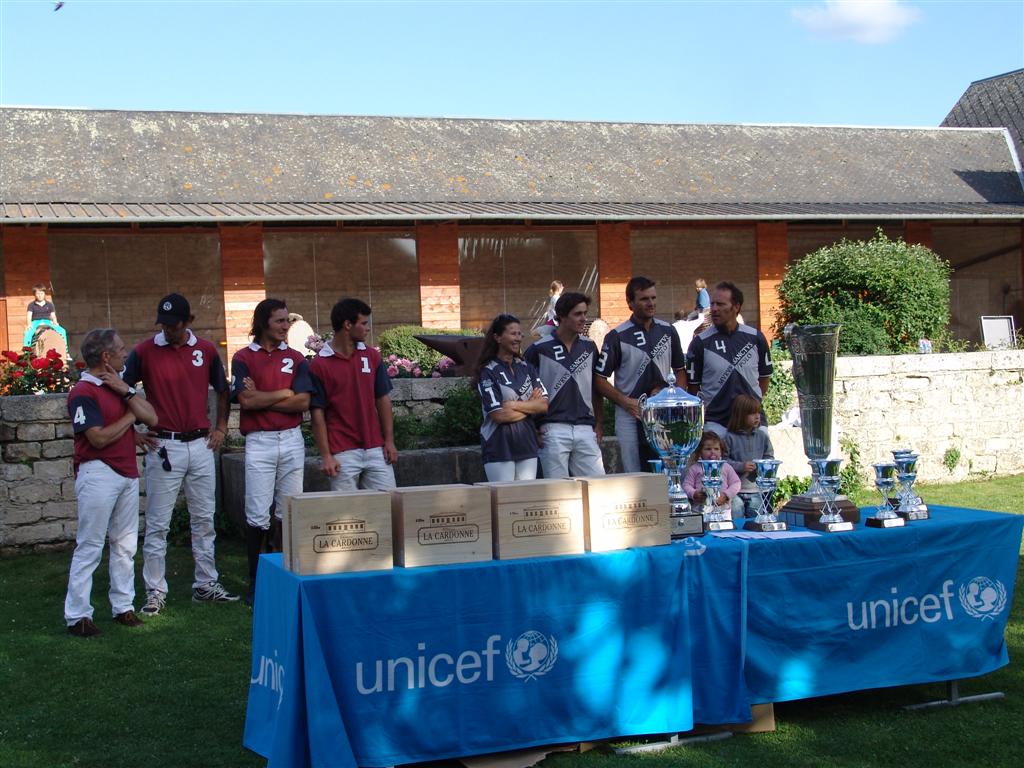 One day as we like on the farm Apremont. A nice finish to end a rich sporting tournament. A concert of sweet Mariama in the beautiful courtyard of the farm. Sportsmanship and friendliness are the hallmarks of this outcome of a highly successful spring season.

Successful in sport with a growing number of teams as and tournaments. They were eleven for the third round of the trilogy spring   and the suspense was maintained till the end. It was not until the fourth (and easy) victory In-The-Minute Body Wings face on Friday to find the second finalist. A true semi-final where the experience and the will of the Argentine handicap 9 Pancho Bensadon have been due to the French No. 1, Rigaux Brieuc.

Murus Sanctus had qualified two days before Sunday's final and this represented a threefold challenge for each protagonist. For In-The-Wings, winner of the first two editions of the Charity Cup, it was with this third victory possible to win a first final in 2012. For Murus Sanctus, the challenge was to remove a third Cup in three tournaments after the victories in the Cup in May and PGH Laversine earlier this month.

A nice finish with Sanctus Murus won by a score of 8 to 7, which becomes the winner of the tournament in the Triple Crown this year. Pancho Bensadon, the star player of In-the-Wings, admitted that he knew   "It would be a tough game for his team already beaten twice Murus Sanctus. This final could be a good opportunity to win. This is a great team and I think she deserved to win. "

The darling of the public and the star of the match, Pablo Llorente was a true demonstration of his abilities on the field, scoring the best goal of the game   "We appreciated the agreement of the team, we work well together. It was clear that it would be difficult to win the final - Pancho Pancho rest, "he said at the end of the match. After that tripled in Chantilly, he will play in England and St Tropez this summer.

An exceptional finish that extended the voice of this beautiful evening in Mariama   summer that allowed the passage raise funds for UNICEF & HADASSAH France.

But the polo season   is far from over at Chantilly and the first half of July, inclusive of women with Ladies Polo Cup presented by Porsche Centre Roissy. It will include in particular the second best player in the world, Argentina Lia Salvo (handicap 8). Access to games is free, they are commented on weekends. Details www.poloclubchantilly.com .