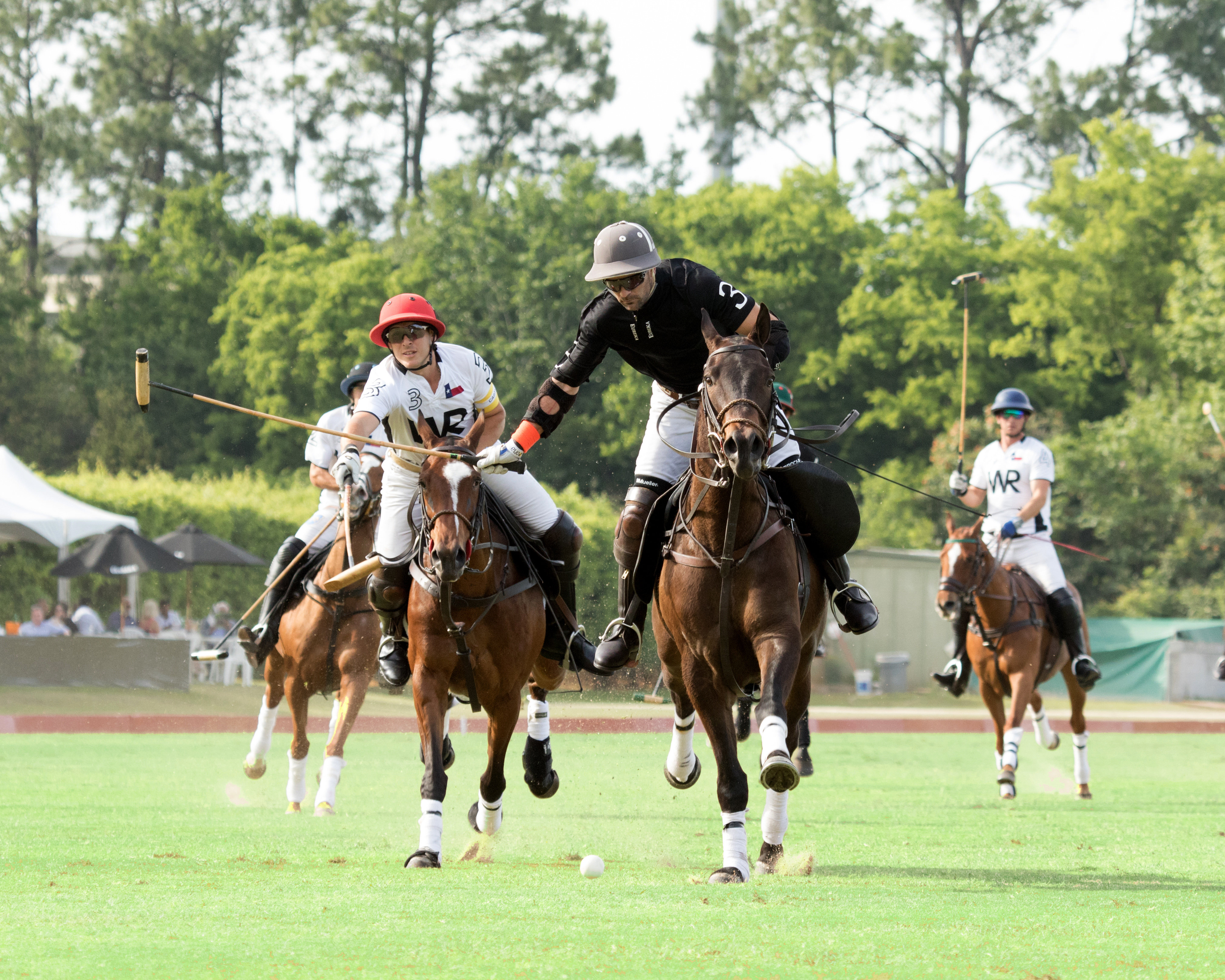 Sunday’s match featured two teams from our 12 Goal League, Eureka versus Whitehall Ranch, in a battle for leading the 12 Goal bracket. Both teams came in undefeated and Sunday’s win put Eureka in comfortable positioning for the final.

On team Eureka, Grayson Price filled in for Rene Campos and started the game off with a quick goal for his team. Facundo Obregon tied it up 1-1 at the end of the first chukker with a penalty conversion for Whitehall Ranch. In the second, Eureka went up by 1 point with a goal from Price and Alvaro Ara followed by F. Obregon putting in his first field goal of the game for Whitehall Ranch. But going into half time it was all tied back up at 4-4 with a goal from Price and two from F. Obregon.
At half time 900 spectators took to the field to stomp divots, sip complementary champagne and partake in our McDugald & Steele sponsored pony hops. Spectators were also treated to offerings from Harrison’s Fine Antiques and Art, clothing from Nina McLemore, Tejas Custom Boots, Stick & Ball and William Grant &Sons brand ambassadors.Both teams came back from half time fired up for the last three chukkers. Sterling Giannico and F. Obregon scored two back to back goals for Whitehall Ranch, making it 6-4, the largest lead of the match, but Geronimo Obregon scored for Eureka to cut the lead to 6-5. In the fifth, Price and F. Obregon traded goals for their teams respectively but Ara snuck in one last goal to tie up the score 7-7 going into the final chukker. Toly Ulloa and F. Obregon scored quickly in the sixth to extend the lead for Whitehall Ranch but Eureka battled back with two goals from G. Obregon and in the last 3 seconds of play Price scored the game ending goal. Eureka defeated Whitehall Ranch 10-9. 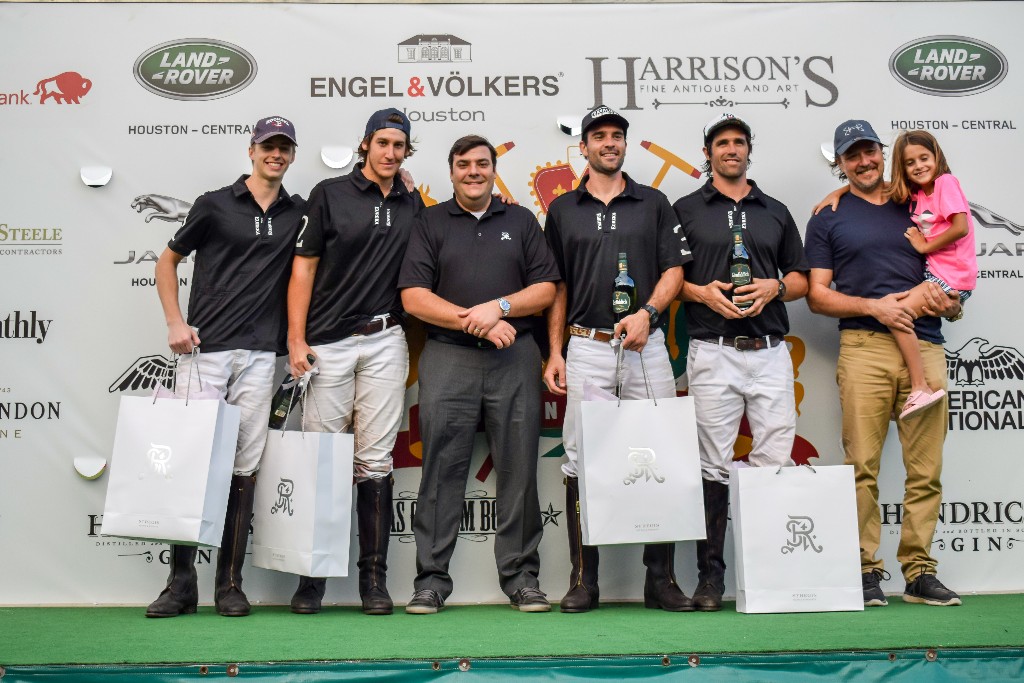 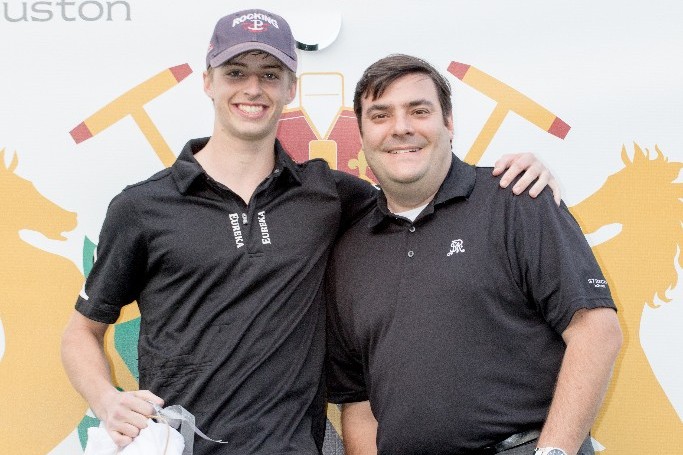 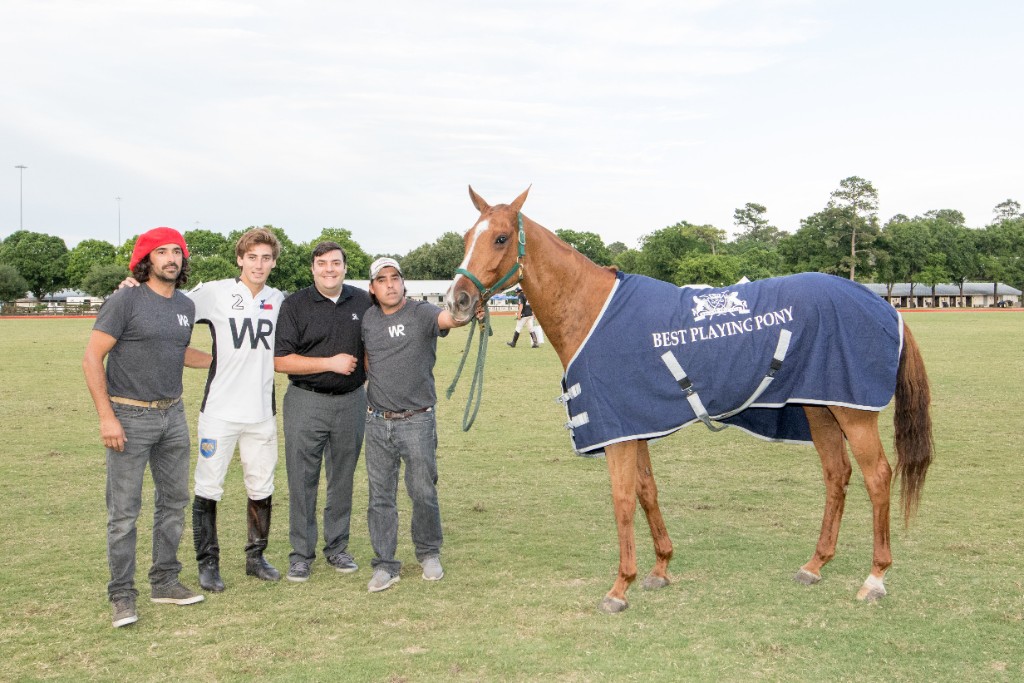 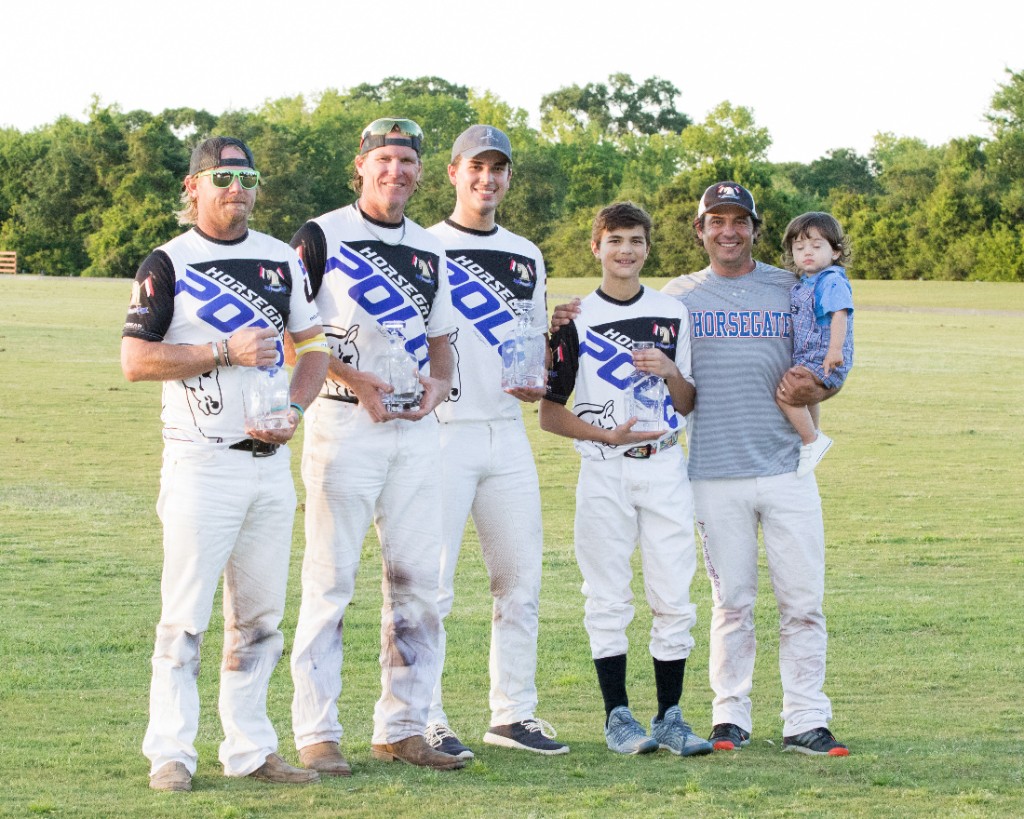 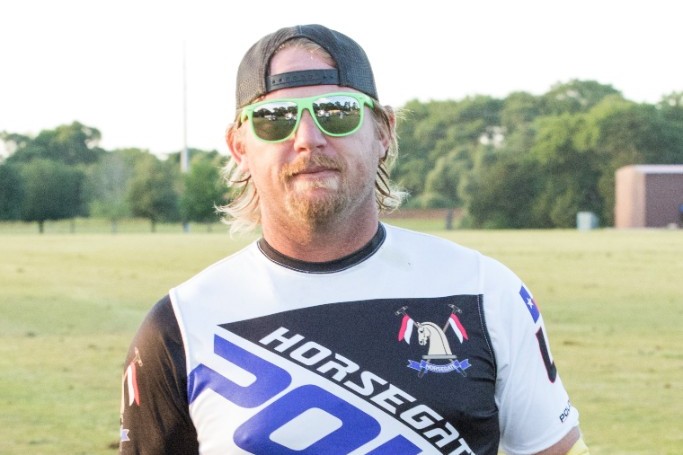 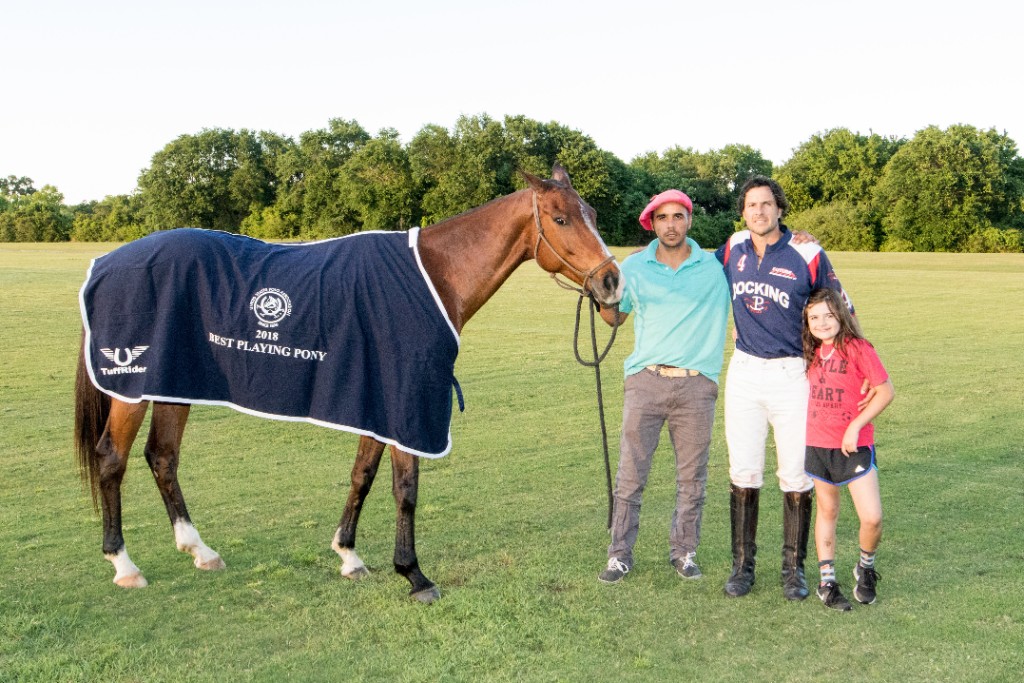 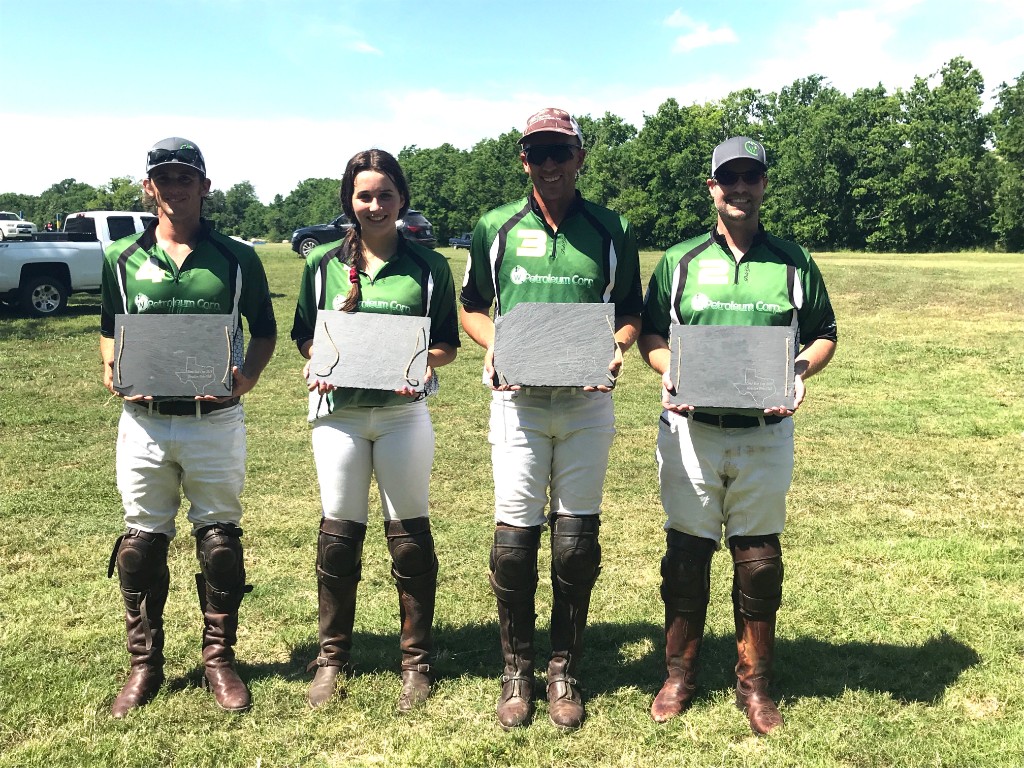 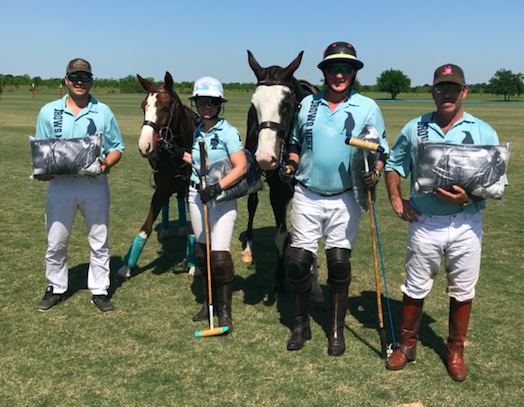 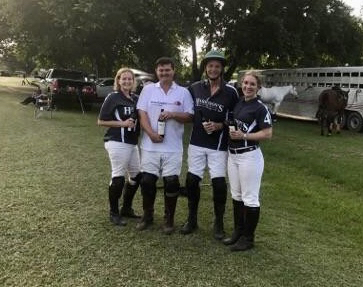