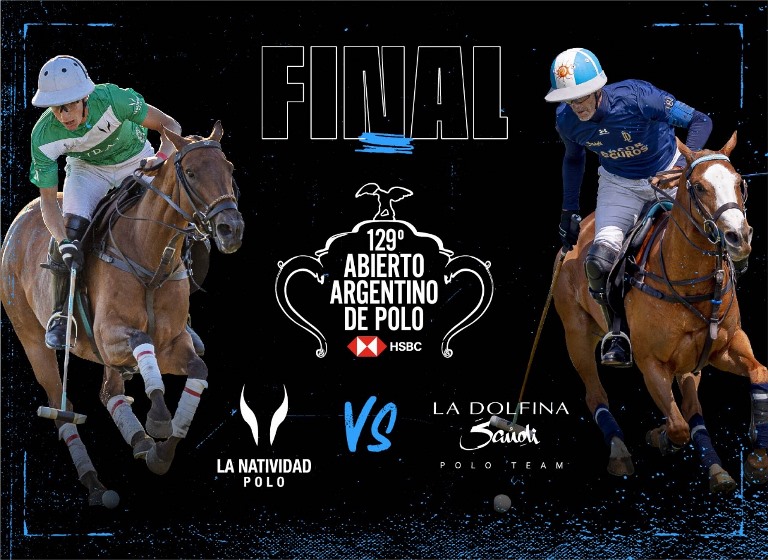 With great expectation, the definition of the 129th HSBC Argentine Polo Open, the highest interclub world competition in which 10 teams between 28 and 39 goals scored, participated on Friday 12/2, on the legendary Palermo field 1. handicap made up of the most important players in the world, among them the 9 polo players who boast the 10 goals of valuation in our country.

A NEW DUEL BETWEEN FATHER AND SON VS. NEPHEWS/COUSINS!

Meanwhile, the organization created by "Lolo" Castagnola will play its second consecutive final of the Argentine Polo Open.

Individually, the four La Dolfina players have accumulated 37 titles (17 Cambiaso in 25 finals; 11 Nero in 15; and 9 Stirling in 12); while for Poroto Cambiaso it will be his first final and he will seek to unseat Benjamín Araya as the youngest winner of the tournament. On the other hand, on the side of the Verdiblanco team, in 2021 they achieved the glory of winning the Palermo Open for the first time. Jeta and Barto will play their second decisive match, while the South African Nachi du Plessis will play his third final (in 2014 he played it for Ellerstina, replacing Mariano Aguerre), while for Polito Pieres it will be his seventh (Alegría 2013, Ellerstina 15 , 16, 17 and 19).

All matches are broadcast live on Star+ (Argentina and Latin America) and via streaming on https://live.aapolo.com/ Subscribe!

After the final there will be a big party. In addition to the best gastronomy, you will be able to enjoy the set of Santi Pérez by Tommy Muñoz ; and the recitals of Agapornis and Luck Ra . Don't miss them!

Buy your tickets for the after at https://www.ticketek.com.ar/after-polo/campo-argentino-de-polo